All of the strategies Jake Heller and I have used for effective fundraising.

Fundraising can often raise a lot of emotions; fear, apprehension, excitement, and anxiety to name a few. Bottom line: fundraising can be challenging. Yet, given that there are more charitable organizations, projects, businesses, and relief efforts that need funding now more than ever, I thought that it might be helpful to collaborate with a friend of mine, Jake Heller, on how he and I have gone about raising money for the projects that we are passionate about. With the right tools, I believe that anyone can bring their ideas to life. Now, you will have those tools too!

A Little Bit About Us

Jake Heller and No Kid Hungry

Upon moving back home to Northern California as a result of the COVID-19 pandemic, Jake found that he needed new outlets for his time and energy and soon rediscovered his love for outdoor cycling. After a couple of months of daily cycling, Jake knew he needed to do a fundraiser, and contemplated how he would accomplish this. To get people interested in the event and the organization, Jake was convinced it would have to be something special and uniquely challenging. It was then that he decided to fundraise for a triathlon. Jake found some friends who had experience training for triathlons on college teams and soon began training with them. These friends helped push and support him throughout his journey. Jake decided to donate the proceeds from his fundraising efforts to No Kid Hungry, which provides meals to children in need. Child hunger is something Jake felt was often overlooked, especially when he found out that in a normal year, according to the USDA, more than 11 million children in the United States live in “food insecure” homes. In 2020, due to COVID 19 and schools being closed, this number could be closer to 18 million children. With a worthy cause in mind, Jake had a plan to make a difference. 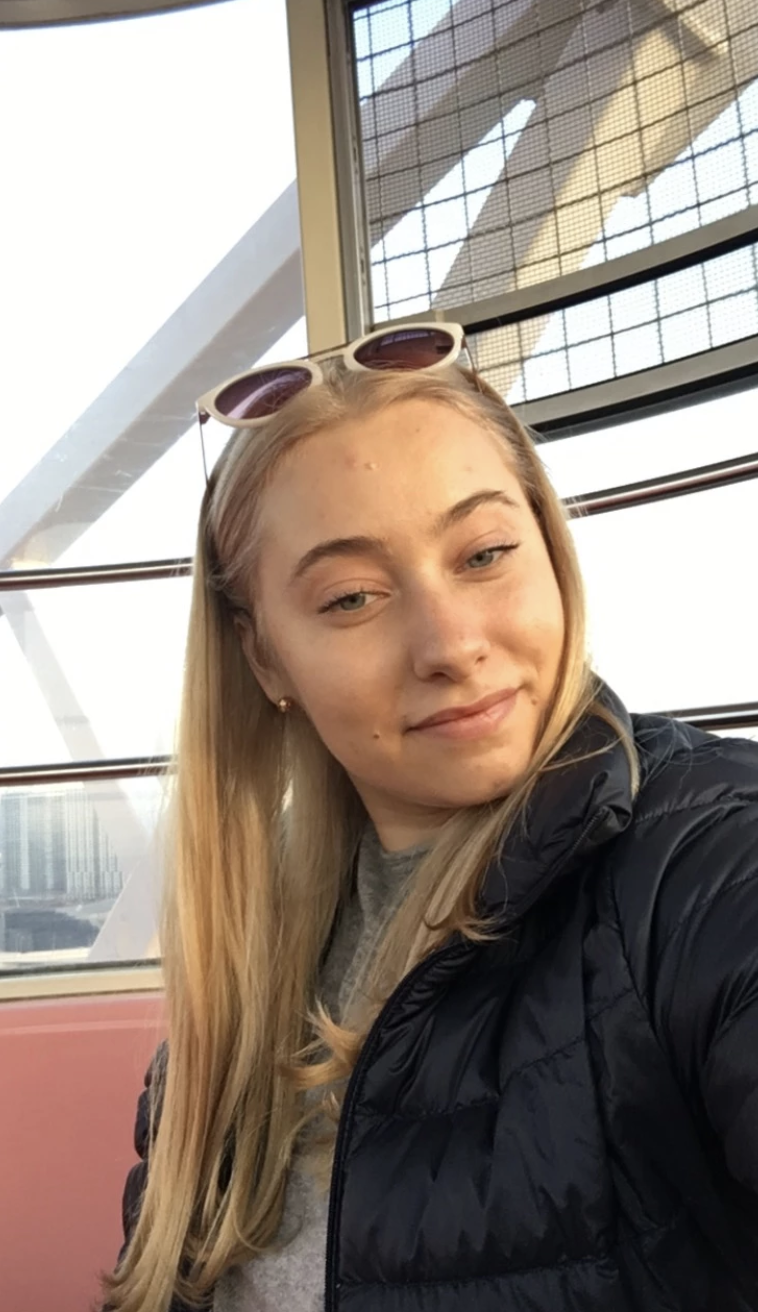 When I was a senior in high school, I was required by my school to conduct a senior study project during the month of May. I contemplated many different ideas but knew that I wanted to do something interesting, something life-changing. I landed on the idea of spending one month in Florence, Italy, taking cooking classes, and learning about traditional Florentine cooking. However, when I thought more about the idea, the unavoidable stood in my way. How was I going to fund this trip? It would have been easy to simply ask my parents to pay for the majority of the trip. But, I knew I would not be taking complete ownership of the project if I did this. Instead, I decided to start a Kickstarter campaign in order to learn the valuable skill of fundraising and how to personally advocate for myself.

Jake chose Go Fund Me and liked that the only fee taken from the platform is through donations from donors, which he knew would help maximize his impact. Jake also knew it was a platform people trusted, the money from donors goes straight to the organization, and he didn’t want any chance of money being lost or people thinking he was messing with any donations.

I decided to go with Kickstarter because I knew that it was a reputable and well-established platform that had high traffic because of the dynamic companies and projects that were often posted on their site. Since its launch in 2009, Kickstarter has hosted close to 186,000 successfully funded projects and has raised $5.2 billion dollars in pledge money from 18 million people. It is important to keep in mind, however, that Kickstarter takes 5% of total funds raised with an additional 3% + $0.20 per pledge.

Jake first picked $1,000 as his fundraising goal, but, after such a successful first day of fundraising, he doubled it to $2,000. Jake wanted his contribution to have an impact, but also wanted it to be attainable and an amount where people felt that their donation would have an impact- a win-win situation.

My fundraising amount of $6,350 came from a budget that I had created for the expenses of my trip. I factored in my flight, Airbnb, cooking classes, and even the portion of the fundraising that would be taken from Kickstarter to reach my desired amount.

At first, Jake thought “If you build it they will come,” however, most of his donations came through reaching out to friends and family. Jake notes that networking was the most impactful for helping to reach his goal. All of his donations were from people Jake knew personally or from the families of people he knew personally. To attract donors, one of the first things Jake made sure he wanted to emphasize throughout his fundraising was, “Why this organization, and why this organization now?” He stresses the fact that picking the right partner and having good reasons behind the partner you choose will set your fundraising efforts up for success. The organization he chose, No Kid Hungry, is already close to Jake’s heart because it works to make sure all kids in America have healthy and accessible meals, but especially during the COVID-19 pandemic, this cause is more important than ever. Next, he wanted to share, “Why me?” People want a fundraiser they know will be successful or at least get close to the goal. Showing people he was serious about both fundraising and completing the triathlon was hugely important. Part of Jake showing how serious he was about the project was adding as many updates as he could to keep his audience informed. He was training every day and wanted people to understand he would not stop until “game day”.

Like Jake, I did a considerable amount of texting, calling, and emailing friends and family to support my project. The more personal and intentional that I made my outreach, the more willing others were in lending a hand. It also helped that I had expressed an interest in cooking and baking throughout my life, baking cakes for friend’s birthdays and meals for guests in our home. I also found that providing rewards for certain pledge amounts helped to incentivize some of my backers. For example, if you pledged $100 or more you would be receiving a cookbook that I would be creating and publishing upon my return, which 24 people were rewarded. I also included a reward for pledging $300 or more, with the reward being a private Italian cooking class with myself, the menu for this lesson being custom-tailored to their liking, which 2 people received. Although the point of fundraising is to give without receiving anything in return, sometimes it is nice to get a small perk for your generosity.

The biggest challenge Jake encountered was tapping out a lot of his friends too early on in the process. Jake thought he would have gained a bit more traction, raising the $2,000 easily. He also identified the fact that there were many other amazing fundraisers going on at the time he was fundraising, which made it hard to cut through some of the noise. That being said, Jake’s plan is to complete another triathlon as soon as it is both safe and when his body is able to reach that goal!

For me, personally, the biggest challenge I encountered during my fundraising process was “the ask”. Reaching out to friends, family, friends of friends- anyone I could think of- felt really daunting to me, a young senior in high school. It was easier for me to think about all of the things that were embarrassing or disappointing, rather than thinking about outreach as throwing darts at a dartboard, you only need to pay attention to the ones that stick. When it came to crunch time in the end, I learned to put my hesitation aside and really go for anyone I could think of to put out the ask. And it paid off!

For Jake, having the support of so many of his friends definitely helped to motivate him. Knowing he was swimming, biking, and running for a cause was a huge motivator. Jake knew people were counting on him, and he was not going to let them down!

I can definitely say that when you look at a fundraising number that is as large as $2,000 to over $6,000, it is easy to get discouraged at the beginning- “How am I going to pull this off?” Yet, you will never know unless you try and, as Jake experienced, if you don’t hit your number the first time, it is totally OK to creatively think about other ways to reach your target. The important thing to keep in mind before any fundraising is the why question. Like Jake and I, you want to be passionate about why you are raising money. When the going gets tough, the answer to this question will help you be resilient and push forward towards your goal.

Jake never thought he would become a triathlete, donating thousands of dollars towards a good cause, and I never would have thought that my dream of studying cooking in Florence could become a reality. What makes Jake and I different from you? Nothing really. I hope our stories serve as inspiration for you to get outside of your comfort zone, believe the impossible, and take that first step in asking others to join in building something with you. You never know where the journey will take you and who will come along for the ride.

Donate to Jake’s Go Fund Me, where all of the proceeds will go directly to No Hungry Kid.

It’s taken me 23 years to get these wings right...
COMPANY TO WATCH: Amina Muaddi. Enough said!
Some days call for a sweet treat
Check out my new friend favorites series on the blog! Out every Monday!
You had me at plant nursery... 🪴
Read all about my virtual cooking class review on the blog!