Have you ever dreamt of becoming a helicopter pilot when you were younger? Can you even imagine growing up and becoming one! Read all about Colonel Blackburn’s journey, right here.

Many people dream of flying, but not very many people ever get the chance. Colonel Dave Blackburn, however, is not one of those people. From jumping out of planes, to flying all over the German countryside, to serving in Operation Desert Storm, Colonel Blackburn has done it all and then some, a wealth of knowledge for anyone looking to gain their wings. I am fortunate enough to know Colonel Blackburn through my father, who also served as a helicopter pilot in the Army. Between the two of them, I could listen to their stories for hours and hope to share some of them with you over time. For now, here are some of Colonel Blackburn’s highlights from high in the sky.

Colonel Blackburn, share with us a little bit about yourself!

I grew up in a suburb just outside of Baltimore, Maryland. My dad worked at Bethlehem Steel as a Millwright, fixing cranes on the docks where ships came in to drop off iron ore and my mom worked for AT&T.  We were working class people. We lived in a 1,000 square foot, 3 bedroom, 1 bath house. Today, you’d say wow, that’s tiny… one bathroom for four people? When you’re a kid, you don’t know what you don’t know; the house seemed fine. My eventual wife, Lisa, lived a few blocks away and we’ve known each other since 5th grade. We became boyfriend and girlfriend at the end of 9th grade. We’ve been married for 37 years and have three daughters. Two were born in Germany during two separate three-year tours there and our middle daughter, Rachel, was born in Leavenworth, Kansas. Rachel played basketball for and graduated from the University of Nebraska. Rebecca, the oldest, graduated from the University of Kansas. Katelyn the youngest is currently a junior at the University of Kansas, studying computer engineering.

I went to Towson University in Maryland where I joined ROTC. I was commissioned as a 2nd Lieutenant 1983.  After going to Infantry School, I went to Flight School. Flight School was nine months. Our first assignment was Germany.  We went back to Germany a decade later (six years total). I served in South Korea, I was in operation Desert Storm with the 82nd Airborne Division. I was a Lieutenant Colonel and new Battalion Commander at Fort Bragg, North Carolina on 9/11. We eventually deployed the battalion to Afghanistan and a few years later I spent a year in Iraq. I retired from the Army as a colonel. It was a tough life with a lot of separation.

What was the training like leading up to being able to fly solo? 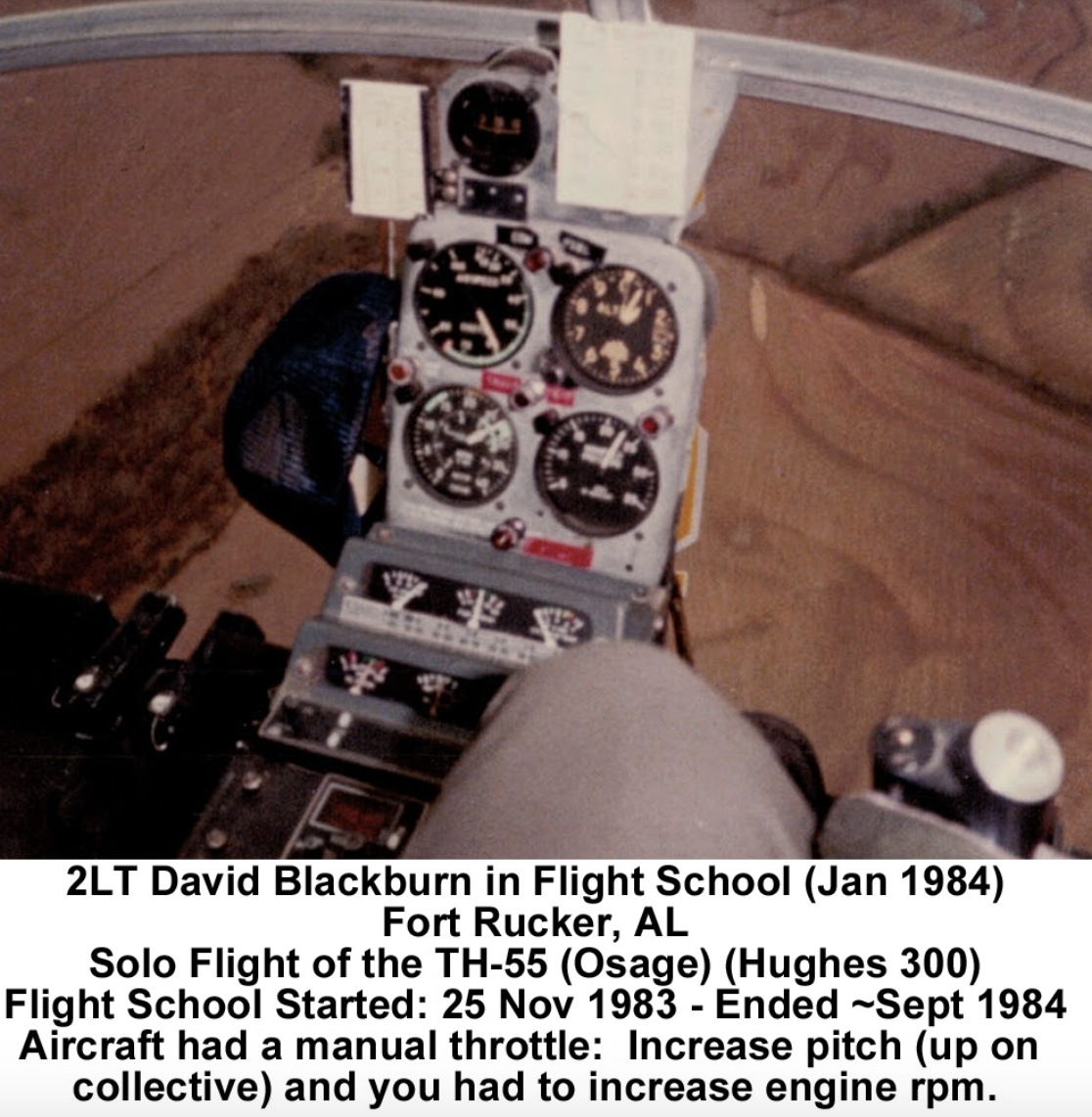 Flight School started at Fort Rucker, Alabama on November 25, 1983.  It was a big deal to finally get our flight suits, it meant you were some kind of aviator. We had about 2 weeks of class work before going to the flight line, this part of the training was called Primary. It was out at Hanchey Army Airfield. We met our instructor pilot (IP) and got paired up with a fellow student, this guy was called your “Stick Buddy.” I was paired with 2LT Tom Charron,  we were rare in that we remained “Stick Buddies” all the way through flight school. Tom was a great American and we got along so well. Our IP was a retired Major named George Reese who had flown helicopters in Vietnam; I think we were his first students. Mr. Reese took us on our “Nickel Ride” (your first ride in a helicopter) in the TH-55, Osage Helicopter, which was a very small two seat helicopter. Hovering was hard.  We’d fly out of Hanchey AAF to what was called a “Stage Field.” A stage field was a small airfield that had several runways or lanes.  We would do hover and traffic pattern work there.  You’d practice maneuvers like a normal approach, normal takeoff, steep approach, running landing, autorotation, slope landing and hovering autorotation.

It was cold when we were practicing hovering. However, I remember sweat rolling out of my helmet. I was really worried that I wouldn’t be able to master it, and I’d have to revert back to being an infantry officer.

After several hours of practice… (maybe 6 hours) It just happens, it’s like learning to ride a bike. Once you can hover, you can hover. It’s magical…

The aircraft is suddenly just steady. After about 10-12 flight hours we soloed. The IP would just get out and we took the aircraft out to the active runway and we’d do one traffic pattern (Traffic Pattern = up-wind, crosswind, downwind, base, & final).  Eventually, we soloed out from Hanchey to the stage field.  Flying straight and level is easy.  I remember early on…  You’d call Air Traffic Control(ATC) at a reporting point saying you’re inbound.  ATC would say… Roger, whatever callsign, runway 27 in use, report entry left downwind. I remember Mr. Reese telling me to look at the airfield’s windsock and figure out the landing direction… I was thinking Hey buddy, I’m just trying to steer this thing… I have no idea about wind direction, but eventually you get it. Mr. Reese was always on the flight controls, so I never knew if I was doing the auto or was he moving the flight controls.  At the end of what was called “Primary” we took our first check ride. I flew well on my first check ride. I still remember the IP gave me a 92.  Mr. Reese was surprised I scored that high- he didn’t say it, but I could tell.

How did you first become a pilot and maintenance test pilot? 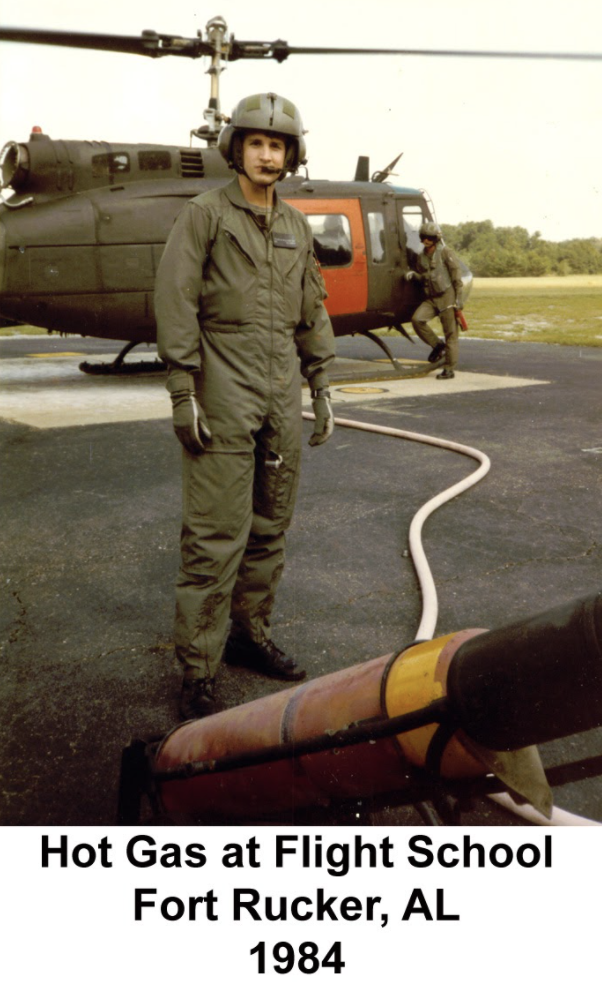 After coming back from Germany as a young captain, we went to Fort Rucker for the “Advanced Course.”  Today, it’s called the “Captain’s Career Course,” which takes six months. I knew the army was always short aircraft maintenance officers and I saw it as an opportunity to stay in a unit rather than going off to what commissioned aviators called the “3-Rs” (Rucker, ROTC, or Recruiting). So, I volunteered and after the Advanced Course we went to Fort Eustis, Virginia for the AH-1 maintenance test pilot (MTP) course. The MTP course was 12 weeks long; the first part was 9 weeks of classroom, and the final 3 weeks was learning to test fly the aircraft. The final part of the course was very difficult… I don’t know how tough the other aircraft courses were, but the Cobra course was tough. There were only 4 of us in the Cobra course.  We had to memorize the maintenance test flight checklist. So, the instructor pilot (IP) is in the front seat reading the checklist step and you have to repeat it and say what you’re doing and looking for, as spelled out in the checklist. Example…IP says:  DC Generator switch. Student replies… DC Generator to DC Generator, note no change…  It has been 30 years and that was an easy task that has been seared into my mind. I still remember other checklist items. I went to South Korea after the course and my wife, Lisa, and our first daughter stayed in the United States. I was there 21 months in the 2nd Infantry Division’s attack helicopter battalion in Uijeongbu, South Korea.  A normal tour is 12 months, but I extended for an opportunity to be a company commander. Upon return to the United States, I went to Fort Rucker for the OH-58D transition course and after that course I went to the OH-58D MTP course at Eustis. After the course I reported to the 82nd Airborne at Fort Bragg and a few days later I was headed to Operation Desert Storm. 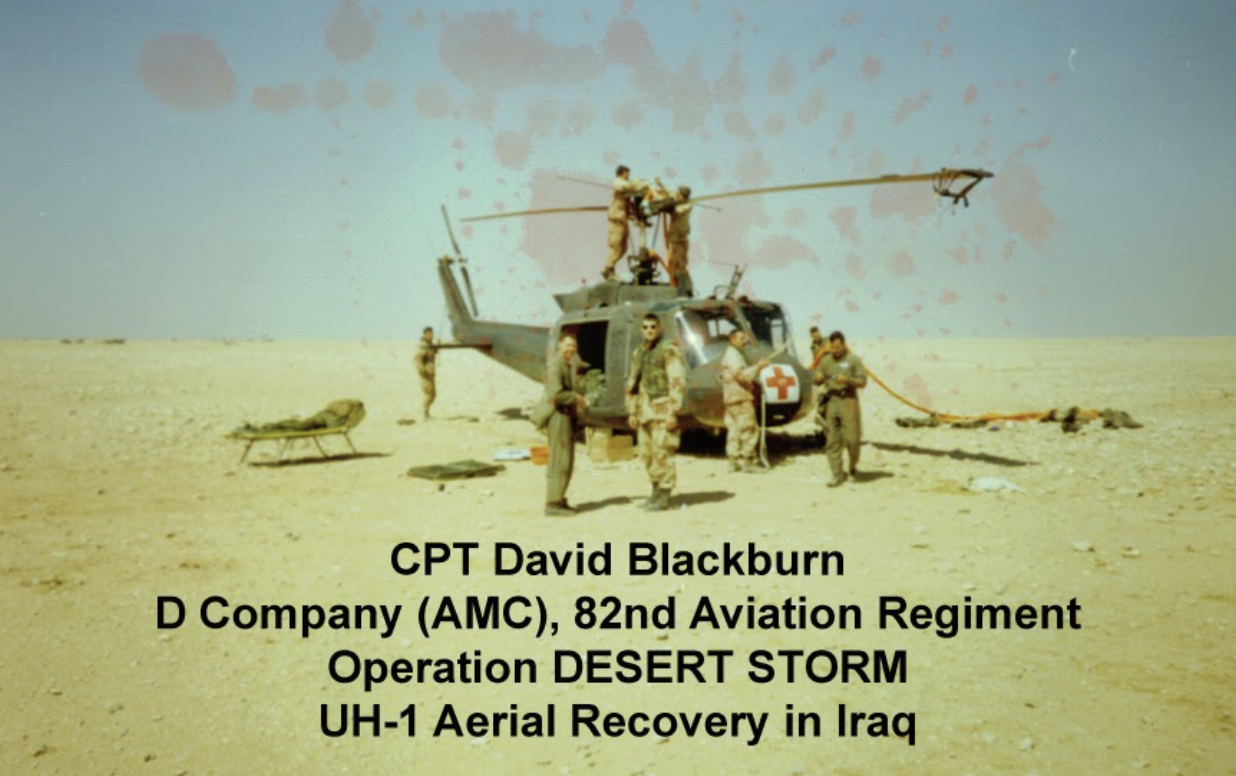 How many flight hours do you have and is it difficult to learn how to fly a helicopter?

How many different helicopters have you flown and do you have a favorite and why?

The AH-1F, Fully Modernized Cobra was my favorite aircraft.  It has guns, it has air conditioning (as long as the Turbine Gas Temp. was below 820 degrees centigrade), and it just looks cool- it’s sleek looking. 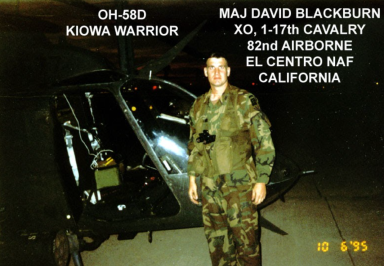 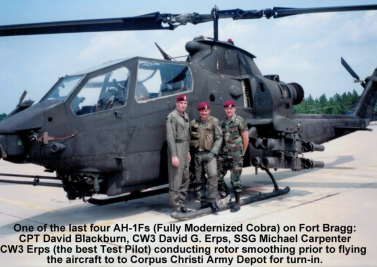 What is the best piece of advice that someone has given to you in regards to flying?

The internet didn’t exist when your dad and I went to flight school. Today, it’s a tremendous asset. I’d study everything you can find about flying. If you have the money, take private flight lessons in a fixed wing aircraft.  If you don’t have the money for lessons in an aircraft, buy the best computer based flight simulator you can afford.  You can learn a lot about how to fly instruments. Back then, 95% of us knew nothing about flying instruments when we started.

If you’re going to fly for the Army you’ll have to take the Flight Aptitude Selection Test(FAST). I recommend finding out everything you can about the FAST. Check your eyesight and see what the Army requires. For us, it was 20/20 uncorrected. Today, you may be able to get Lasik to correct to 20/20, but a flight surgeon will know. Check to see if you’re colored blind, that can eliminate a candidate too.

Do you have any memorable stories from your years flying? 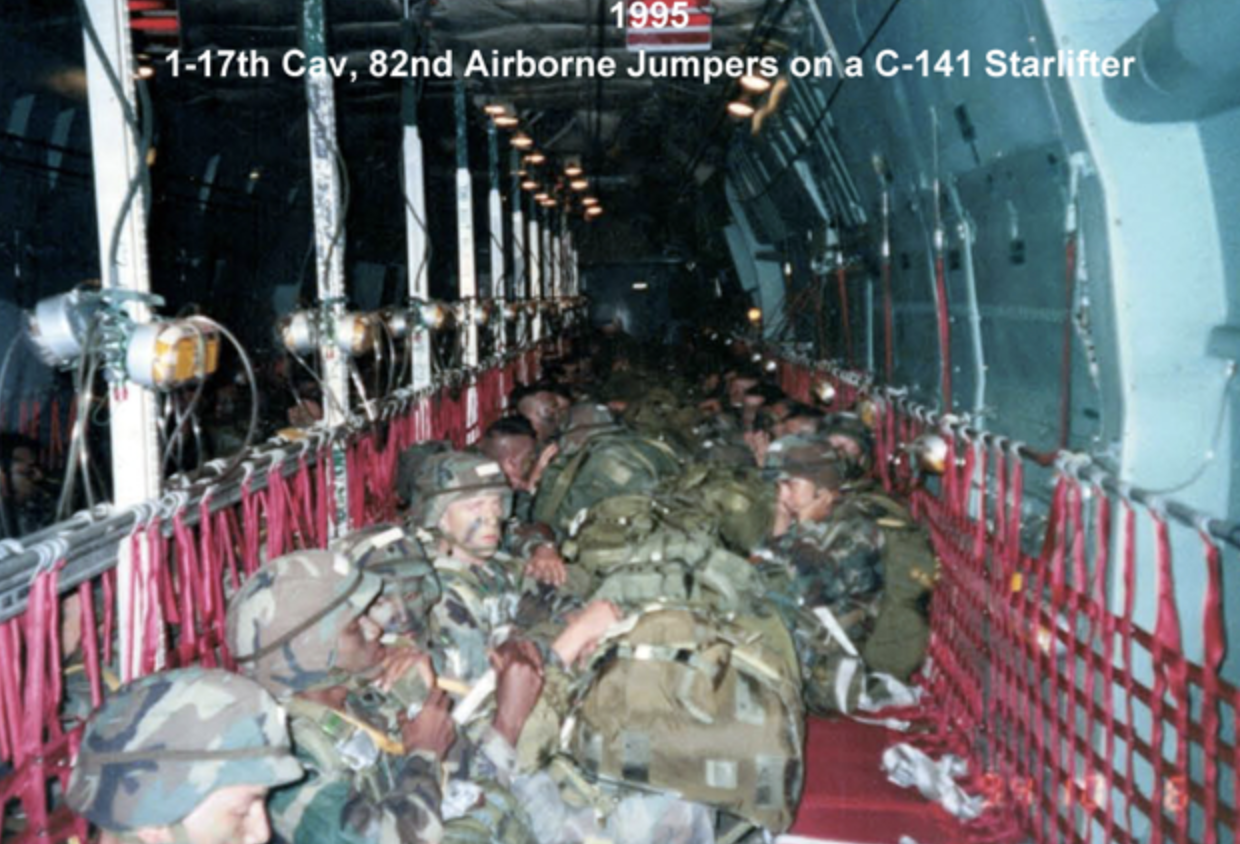 I remember doing a test flight in a Cobra at Ft. Brag. I was in the 82nd Airborne Division, so the aviators also conducted airborne operations. Why aviators jumped is a good question, but back then we did, but not anymore. I was flying a Cobra in Test Flight Area 2 and we were doing a “Topping Check.”  It’s a test flight maneuver where you fly up to 10,000 feet and pull the aircraft’s maximum power… The intent is to get the main rotor rpm to bleed off.  So we’re up at 10,000 feet and off in the distance you can see Fort Bragg’s four biggest drop zones… Sicily, Salerno, Normandy, and Holland. They’re huge. That same night we had a “midnight ride”… meaning we had an airborne operation with a time on target of around 24:00. I walked out the door of an Air Force C-141 over Holland DZ and as I flew that afternoon, I thought to myself I’m in the only Army in the world that I can fly a Cobra at 10,000 feet in the afternoon, and jump out of a C-141 at midnight at 800 feet.

Was there a time where you were ever apprehensive about being a maintenance test pilot?

If you could choose one person to fly co-pilot with you (disregarding their flight qualifications) who would it be and why?

Your dad and I never flew together. That would be very nice.

What advice would you give someone who is interested in learning more about aviation and maybe getting their pilots license?

I can only recommend from an Army perspective. If you want to fly Army helicopters and flying is your thing, I recommend you become an Army Warrant Officer. Warrant Officers remain in flying units doing flying jobs almost their entire career. You won’t make as much money, but you’ll fly. If you want to fly during some assignments, but want to lead people, become a lieutenant and go to flight school.

Check out universities that offer flight degrees. Embry Riddle is one. You can graduate there with an instrument rating (ticket). I think a university in South Dakota has a flight degree as well. 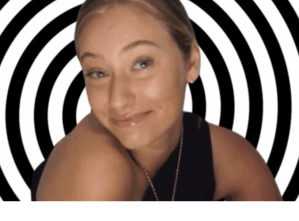