Palm Beach raised, Boston educated, and currently living in the Orange County area, Ivana Mesarić is a force to be reckoned with, ready to make waves in the fashion industry with her new vintage luxury retail company American Opulence.

Ivana has always known that she was destined to be a full-time entrepreneur and, even when she was in Middle School, exhibited some incredible entrepreneurial spirit. Ivana remembers heading to Goodwill with her mom when she was 13 years old during the 2008 financial recession, as her family had encountered hardship. For Ivana, this was a drastic change, however she learned to enjoy the experience, going with a friend to find fun and interesting items. Everything changed one day when Ivana went to Goodwill and found a Tory Burch tunic for $3, which she was able to resell on Ebay for $100. Ivana’s ability to make money this way was mind blowing to her at such a young age. Selling the tunic sparked the idea of buying other things to resell. Ivana quickly began familiarizing herself with designer labels and subscribing to popular fashion magazines in order to educate herself on what popular designer brands she should look for and which would yield the best resale value. As times changed, Ivana transitioned from selling on Ebay to Poshmark and got more serious about her hobby once she moved out to Orange County, California after graduating from Babson College. 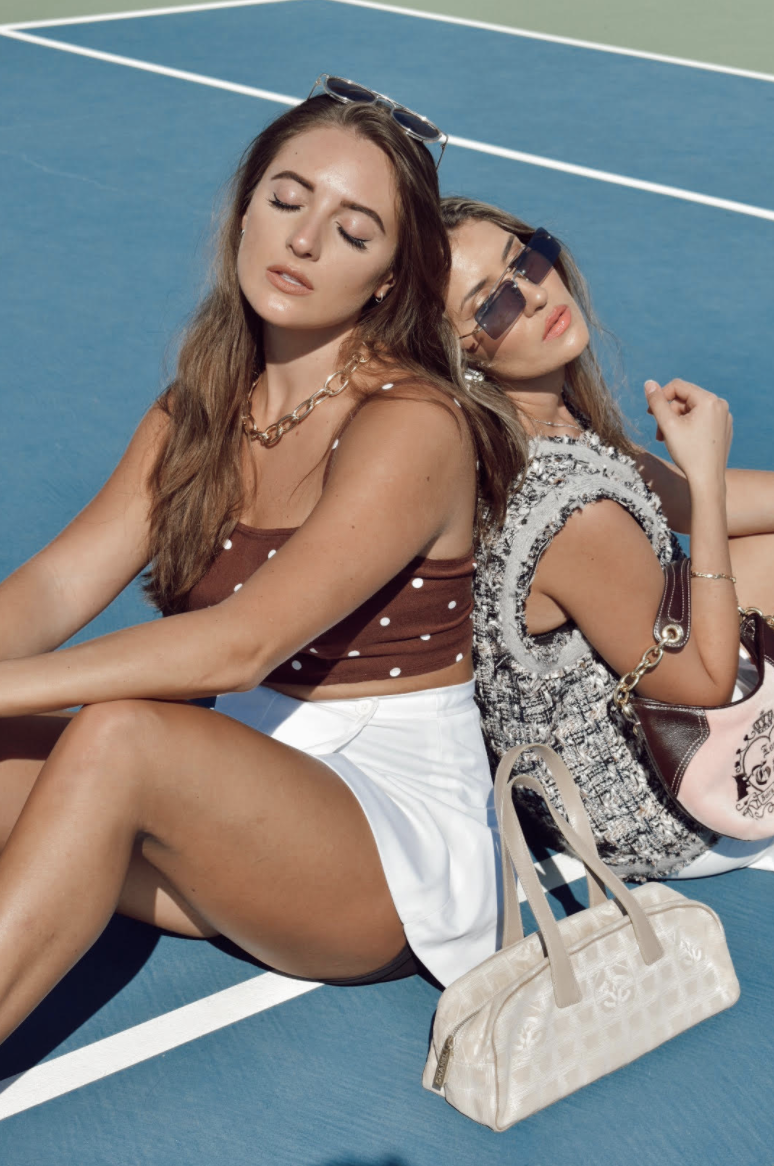 Although Ivana is currently an analyst at an energy consulting company, she always makes time for thrifting. Having been involved in creative outlets her whole life, whether it be in music, dance, or musical theater, Ivana has always tapped into her creative side. Thrifting was just another way Ivana expressed herself, this time through fashion. “You never know what you are going to find on a thrifting outing,” Ivana says, “which makes it so fun and therapeutic in a way”. One of the most compelling parts of the business for Ivana is making older items look new again, she mentions. She also enjoys having control over the branding, fashion, and overall styling of the pieces.

While living in the Orange County area, Ivana has curated a large selection of cool items, which got her to consider formalizing her resale business into an exclusive luxury store over the course of the COVID-19 pandemic. Ivana always thought that her transition into entrepreneurship needed to include a world changing idea, yet she realized that it really didn’t have to be- it could be stylish and simple.

American Opulence’s aesthetic is luxurious and fashion forward, most of the pieces being one of a kind, Ivana tells me. One of the company’s main motivations is to convey that you don’t have to purchase from fast fashion retailers in order to be on trend. Surprisingly, Ivana finds a lot of fast fashion items while she thrifts, most likely items sent to influencers in press packages, she informs me. Some of Ivana’s favorite pieces in her curated collection, however, are oversized trench coats that exhibit quality and classic style. Lifetime pieces. 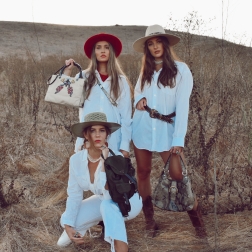 One of the challenges that Ivana has encountered during the process of starting her business has been figuring out who her niche target market is, seeing that there is a lot of competition in the thrifted fashion space. That being said, as far as the future of thrifted fashion goes, Ivana sees the second hand fashion industry as a huge market that isn’t going anywhere soon. Gucci’s recent collaboration with The RealReal is just one example of how high end designers are trying to leverage the thrift market to the company’s benefit. Looking towards the future, Ivana also senses that getting traffic to the website will become a challenge, which she prepares to mitigate by leveraging Instagram and Instagram ads to target the Gen Z and Millennial market.

“Even though the market is saturated, it’s not over saturated,”

In terms of the future, Ivana is excited about her new company, but also the impact it will have on the world, given that 5% of all of her sales are going to one of her favorite charities called MoviesMakingaDifference. MoviesMakingaDifference is a non-profit that directly aids the survivors of human trafficking and is especially important to Ivana, as she has volunteered extensively for the organization.

I am convinced that, if Ivana is involved, the future of fashion looks more than bright.